MNSAH’s Fall Tour features a walking tour of both Peavey Plaza and the Loring Greenway in downtown Minneapolis, which were designed by New York landscape architect M. Paul Friedberg, who promoted an innovative approach to urban design, the park plaza. Using urban materials, such as concrete and metal, and rectilinear rather than curvilinear forms, the park plaza was a modern counterpoint to the picturesque greenery that had characterized parks until that time. 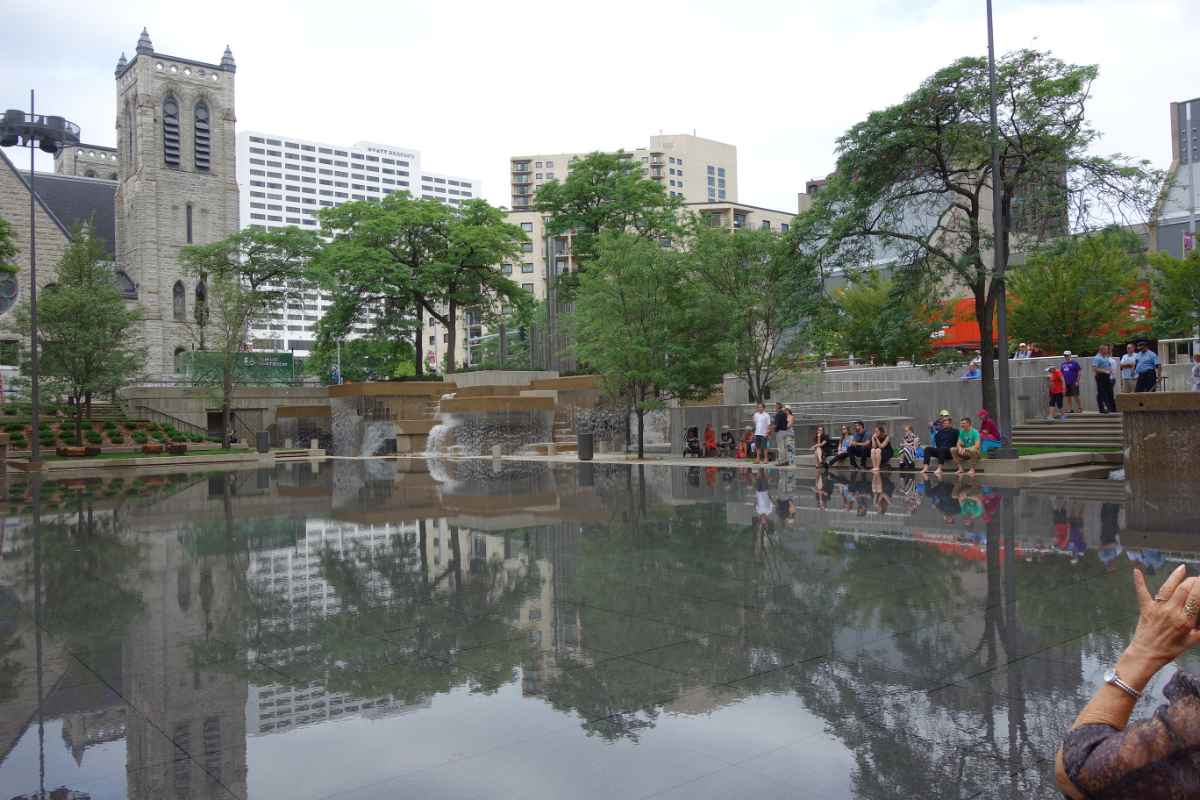 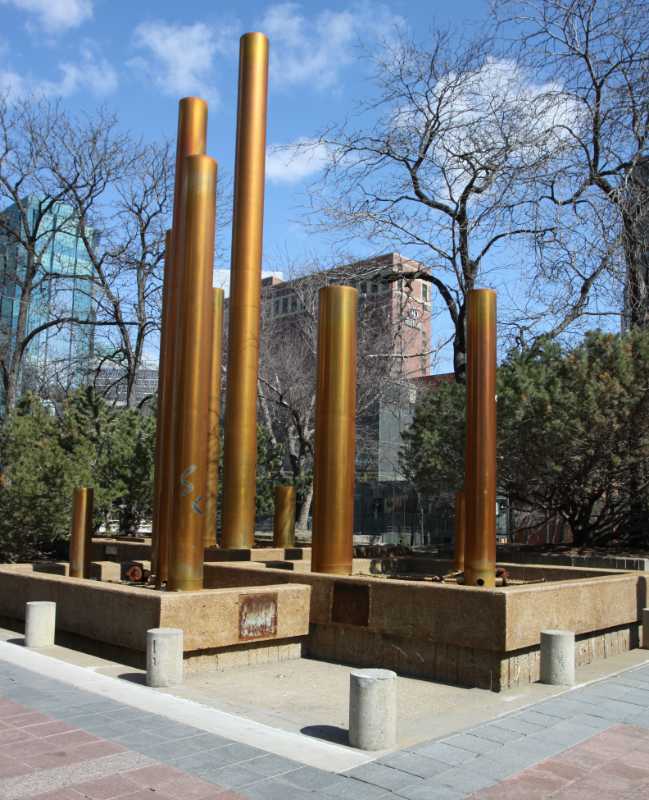 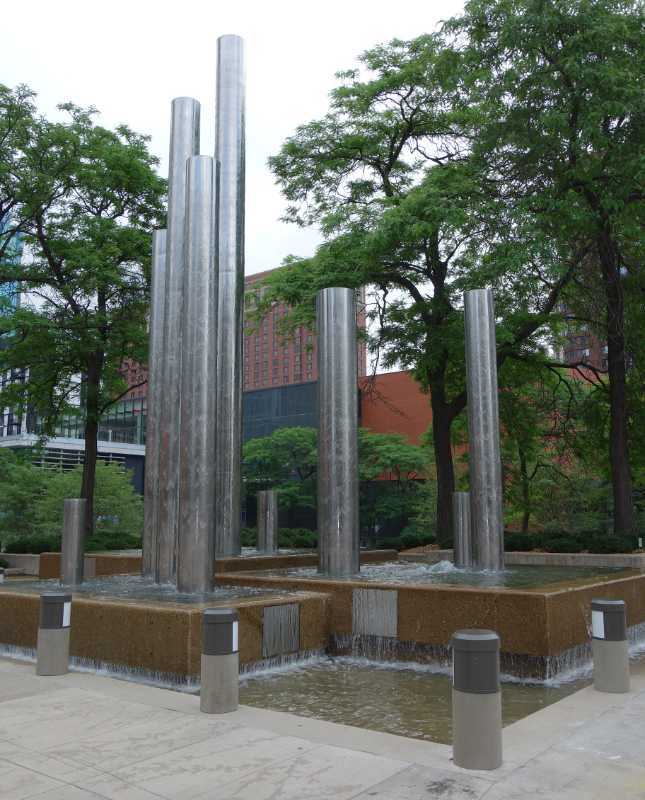 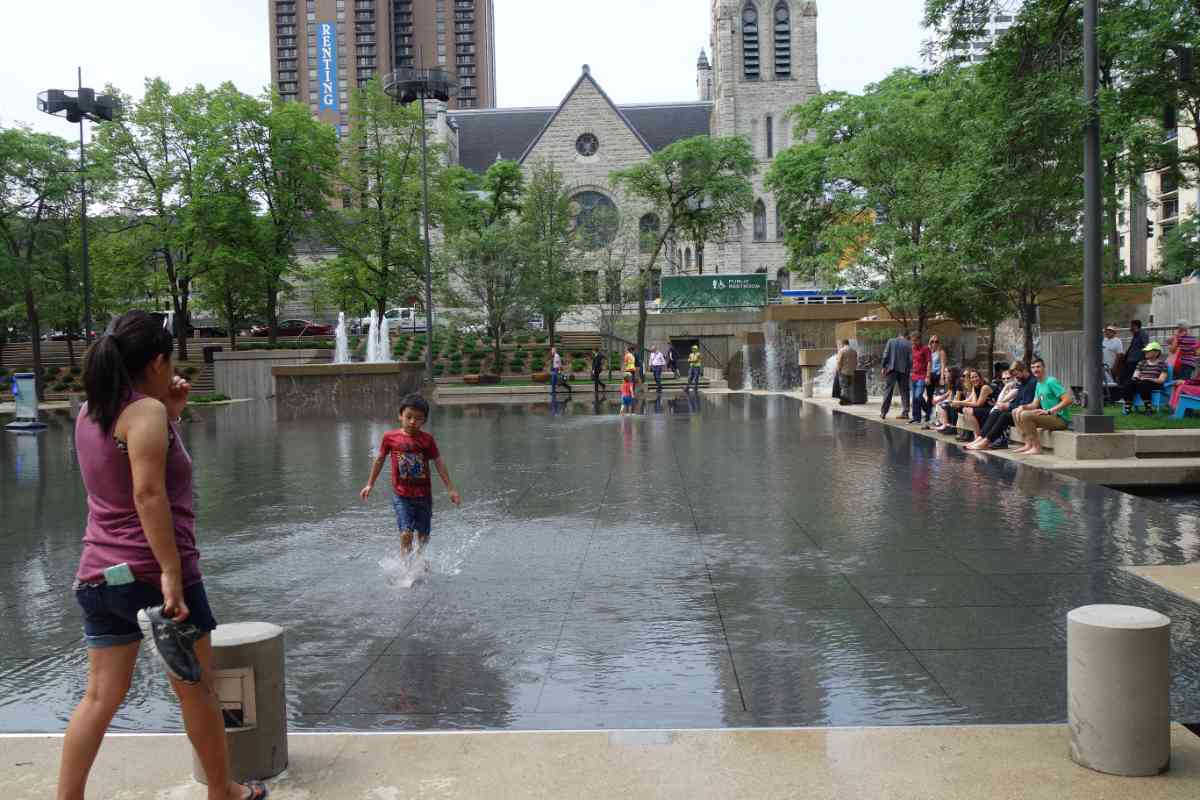 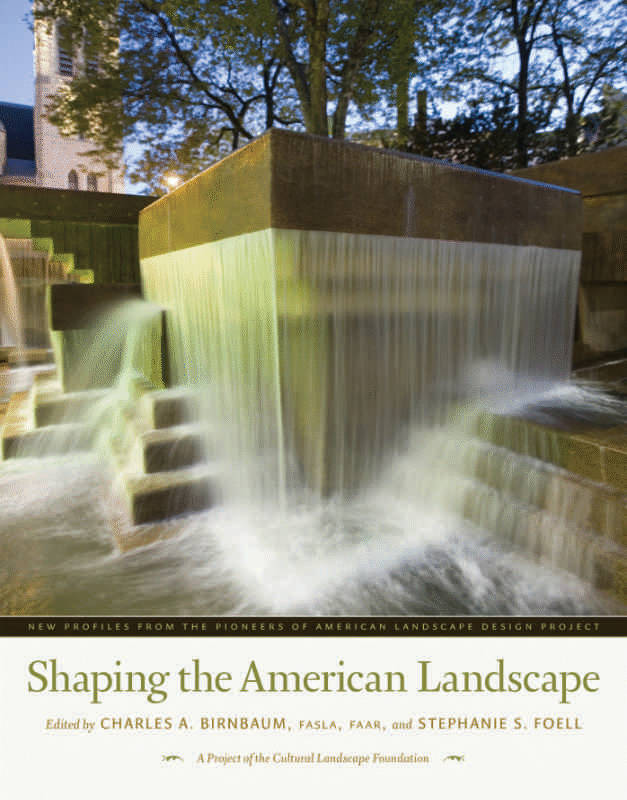 The Greenway and Peavey were embraced by the community and received broad acclaim for their pioneering design. After decades of hard use, though, they were deteriorating by the twenty-first century. When the city introduced a plan to overhaul Peavey that would have destroyed the original design, preservationists rallied to list the property in the National Register, and Preservation Alliance of Minnesota (now Rethos) and The Cultural Landscape Foundation brought a lawsuit under the Minnesota Environmental Rights Act. The city ultimately rehabilitated the plaza in accordance with the Secretary of the Interior’s Standards, retaining its historic character while making modifications to meet modern environmental and accessibility requirements.

In the course of the tour we will learn why these urban landscapes are significant and worthy of preservation and about the extensive efforts needed to preserve Peavey Plaza.

The tour will be led by Elizabeth Gales and Charlene Roise, historians/architectural historians with Hess, Roise and Company, Minneapolis-based historical consultants. They prepared the National Register nomination for Peavey Plaza and were involved with the long negotiations that led to its rehabilitation.